This lesson covers a straightforward but super-effective pattern I use to put together drum fills. It’s especially effective when combined with other rudimentary patterns to create more musical fills.

The pattern is R L L – super simple. However, we’re playing the pattern as 16th notes, not as a triplet.

Why is this useful? This pattern, in particular, is fantastic for developing left-hand control. With practice, the pattern I demonstrate in this lesson can be realized as a repeating ghost note pattern, as a repeating double stroke fill, as tiny faster sections within grooves, and as an option when combining ideas within more complex drum fills. The more comfortable you get with this pattern, the more strings you’re adding to your bow and I personally use this pattern a lot within my playing, without even realizing it.

This first exercise transitions from Single strokes into the R L L flow pattern. Remember, the R L L flow is straight 16th notes – NOT triplets. We’re going to end on a right-hand strike in the second bar, which results in a double stroke leading back into the first bar – this may be something you’ll need to isolate and practice when sitting with this exercise.

This second exercise is going to use double strokes for most of the first bar, but because we’re ending on a right-hand stroke at the end of the R L L bar, I’ve placed a run of single strokes at the very beginning of the first bar. This exercise then will lead us through a single stroke into a double stroke 16th note transition, into the R L L 16th note transition, across two bars.

This exercise displaces the double stroke so that we start on the left with a single stoke, flowing immediately into double strokes on the second 16th note. This pattern will naturally loop quite naturally.

This exercise follows the R L L pattern across five voices on the kit (snare and four toms), meaning to repeat one full loop, we’ll play three bars of 4/4 and one bar of 3/4. Try to keep the pedal-hat counting the quarter notes and at the beginning of each bar, place a kick drum accent.

In this exercise, we’re going to practice transitioning between the R L L 16th note feel into a 16th note triplet feel. The 16th note triplet will be noticeably faster and will require you to develop your left hand to play controlled consistent double strokes with only a short single-stroke break before beginning again. This exercise will help with that development.

This is an advanced exercise and will require you to have a solid grasp of the 3/2 Polyrhythm.

We’re going to play a dotted 8th note pattern on the kick drum while repeating the R L L flow as one bar of 16th notes and one bar of 16th note triplets. In order for the pattern to resolve, we’ll have to play six bars in total. The kick drum plays on every third 16th note, but as you’ll notice when you start to play this exercise, it gets particularly tricky when switching between the two feels.

I find I have to lock into the metronome mentally – as we’re not actually playing it in this pattern – and make myself aware of the rhythm presented by the 3/2 polyrhythm. After a while repeating this exercise, the kick drum pattern becomes automatic and you’ll need to think about it less and less, but to get to that stage may take several attempts/sessions.

If it is very difficult, break it down and learn it half a bar at a time VERY slowly to a metronome.

Now, where the magic starts to happen is when you expand this pattern by using it alongside combinations of double strokes and L R R sticking. I haven’t transcribed this performance as it’s meant as an example of the types of patterns you can realize when moving the R L L pattern around the different voices on your kit, and when combining it with other similar patterns – but you can still slow it down if you wish to learn some of these ideas.

Scroll to Top
Loading Comments...
Login
Accessing this course requires a login. Please enter your credentials below!
Lost Your Password? 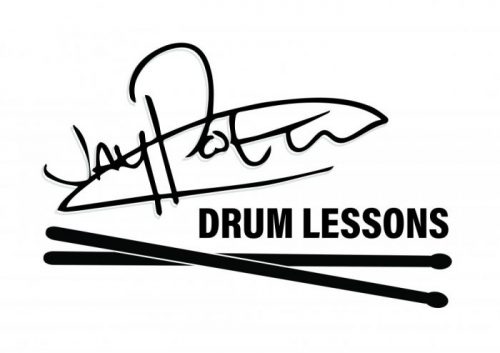